How to Steer Clear of Rising Auto Insurance Premiums.

According to a national survey of auto insurance premiums by online site The Zebra, the cost of insuring a car has increased by 20 percent on average since 2011. Natural disasters are playing a role in the rising cost of car insurance; as insurers cover rising claims for everything from hailstorms to tornadoes and hurricanes, their response is to recoup some of the cost through higher premiums.

Distracted drivers checking cellphones and texting while driving are also causing more accidents. I can’t express my frustration with anyone who doesn’t keep both eyes peeled on the road. It is an act of incredible selfishness to put other people—innocent people—at greater risk because you think you can handle driving and checking your messages. You can’t. I am so glad to see that insurers are beginning to raise the premiums on anyone who is caught being a distracted driver. According to The Zebra’s survey, the average premium hike was 16 percent last year…and in some states was as high as 40 percent. You shouldn’t need a financial penalty to stop this horrible habit, but if money motivates you, so be it: Safe driving will help you steer clear of being hit with this costly penalty fee.

As I have long advised, the survey recommends paying the premium in full-rather than monthly or quarterly-can save up to 5 percent.

And once again, your credit score—or an insurance version of your credit score—may impact the premium you are offered. Though some states are cracking down on this practice, the fact is many states allow insurance companies to charge higher premiums to people with lower credit scores. Insurers say that credit scores can be a window into someone’s likelihood of being in an accident. That’s just one more reason to work on boosting your credit score.

If you are hit with a higher premium when it’s time to renew, please take the time to shop around.

The company that was great for you five or 10 years ago, may no longer be the best option for you. And it’s never been easier to get quotes from multiple insurers online. With the average premium around $1,400 that’s a steep $2,800 for a two-car household. If you can save 20 percent by switching, that’s more than $500 in annual savings. That’s my idea of driving a great deal. 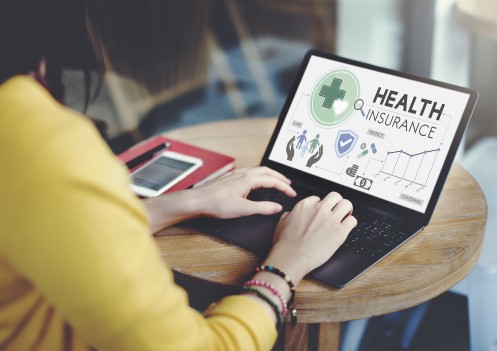 How to handle health insurance if you lose your job