More than 300,000 financial advisors in the United States provide saving, investing and retirement advice, but only one made the top ten of the Forbes 2013 list of the most influential celebrities: Suze Orman.

Orman was very influential in helping me develop my theories and techniques as a communication specialist. I was a television business journalist when I first interviewed Orman (She was a bestselling author at the time, but had yet to become a regular on Oprah or have her own show on CNBC). Several years later I interviewed her for my first book on communication and public speaking skills. In getting to know Orman I observed that inspiring speakers are passionate, authentic, and have the courage to communicate simply.

Passion. Passion is everything, and great communicators dig deep to identify their true passion. Orman is not “passionate” about stocks, bonds, trusts, and saving accounts. She’s passionate about helping people avoid the crushing financial debt that caused much pain for her father and family when she was growing up. “If you want to strike a universal chord and get somebody’s blood pumping, you've got to appeal to the heart before you appeal to the brain. Otherwise, you will put them to sleep. You will have bored them to death. If you involve their emotions, you now have passion,” she said.

I realized that when people speak from their heart—revealing their true passion for a topic—it creates its own energy, separating the dynamic communicator from the majority of average ones. Interestingly, the Forbes list cites Orman’s most ‘notable attribute’ as “good energy.” It’s a simple formula: Passion + energy = likeability.

Authenticity. Many people create a persona for the camera. Orman is exactly the same person off camera as she is on camera. Before my TV show I walked into the waiting room to introduce myself to Orman. She wanted me to wait until she finished a conversation with our makeup person. Orman was just as animated in the conversation as she was with the TV camera on. Orman told the makeup person that some of her daily habits were sending her deeper and deeper in debt. Orman was using the same phrases she uses on the air—money management means freedom and power. In a brief conversation Orman inspired that young woman to change her life, just as she has inspired millions of readers and viewers.

Orman once told me about an offer she couldn't refuse, and one that speaks to her authenticity. Legendary actor Marlon Brando had seen Orman’s PBS special and thought to himself, “Either this woman is a great actress or she is seriously the real deal because she believes what she is saying to her core.” After watching her several times he decided she must be telling the truth. Brando tracked her down so he could discuss some financial issues. Orman told me, “A true master of acting knows when somebody is acting or is truly inspired. I’m only inspiring because I’m inspired myself. I am excited about my material. If I’m not excited, how can I expect to excite you?” Authentic communicators connect with their audiences on a deeper, more meaningful level.

Simplicity. Orman doesn't speak in the jargon so common in the financial industry. She speaks simply. More important, she has the courage to speak simply and that makes all the difference. “Too many people want to impress others with information so others think the speaker is intelligent. All I care about is that the information empowers the viewer or the reader,” Orman said.

“But Suze, if your message is too simple, don’t you risk not being taken seriously?” I asked.

“Here’s the key. You must not be afraid of criticism,” Orman said. “If your intention is to impart a message that will create change for the person listening, then if you ask me it’s respectful to that person to make the message as simple as possible. Some people criticize simplicity because they think their jobs could be eliminated. It’s our fear of extinction, our fear of elimination, our fear of not being important that leads us to communicate things in a more complex way than we need to.”

Orman’s advice over the years has been pretty basic: save more than you spend, reduce credit card debt, understand your credit score, and invest for the future. It’s not the advice that makes her influential; it’s the way she packages it. You may never make a Forbes list, but if you package your content in a passionate, authentic, and simple way, you’ll exert far more influence over your listeners than your competitors will. Now that’s a list worth making! 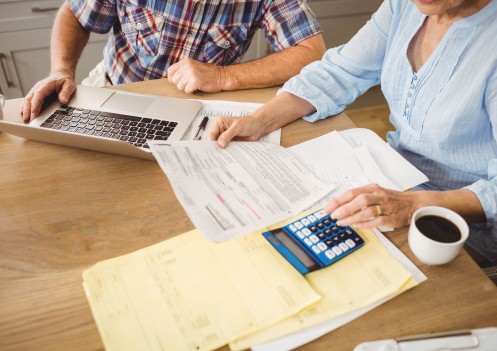