What To Do When the Fed Raises Interest Rates

The Federal Reserve just made a big change in its policy, and over the coming months the fallout from this change will be felt throughout your financial life.

Here’s how to shore up your saving and spending strategies to navigate the Fed’s policy change.

The Federal Funds rate is the most valuable tool the Federal Reserve has to deal with inflation. And right now, as you likely have experienced at the grocery store or gas pump, inflation is definitely a problem. The Fed raises the Fed Funds rate as a way to slow down the forces that create inflation.

The recent 0.25% hike is just the first hike. The Federal Reserve has signaled it might impose six more rate hikes over the rest of 2022. If each hike is 0.25% that means the Federal Funds rate could increase to 1.75% by year end. Or it could be even more, if the Fed decides at any point to impose an 0.50% hike.

Here’s how a rising Federal Funds rate will impact your financial life.

The interest rate you owe on an unpaid balance is variable, meaning the credit card company can change it at any time. And when the Federal Funds rate rises, so too do credit card rates. And it’s not like it was affordable before the Fed’s news. The average interest rate was already 16%.

If you have an unpaid credit card balance, please research your options. Starting with calling customer service and asking for a lower interest rate. Few people ask, but surveys show that when they do, they typically do get a reduction. What are you waiting for?

If you have a solid FICO credit score, you may be able to qualify for a “balance transfer deal” with a new card. Some balance transfer deals give you 12 months or more of owing no interest on the balance you move to the card. That’s a lot of valuable time to work at reducing your balance.

As if the sharp spike in used car prices wasn’t enough of a headache lately, the interest rate on car loans tends to move in line with Federal Funds changes.

And right now, the 10-year Treasury is on the rise as well. Though not directly tied to the Federal Funds hike, this means mortgage rates are rising. After being below 3% for much of 2020 and 2021, the average interest rate on a 30-year fixed rate mortgage is approaching 4%. If you are in the market for a new home, you need to budget in the potential for higher rates. And if you’re about to make an offer, you might consider locking in your interest rate with your lender, to protect against it drifting even higher in the coming weeks.

Over time, the interest you’re paid on bank savings accounts, certificates of deposit, and money market mutual funds will drift higher if the Federal Reserve indeed continues to increase the Federal Funds rate.

But these shifts tend to be slow, and don’t fully reflect the size of a given Federal Funds hike. That said, remember my law of emergency savings: what’s most important is to have cash you can tap. What you earn on that is a secondary concern. 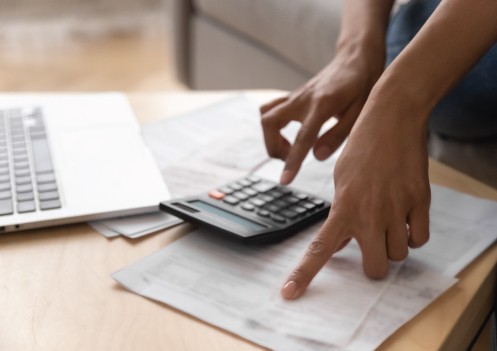