If one were to ask me what I think is the most dangerous threat to our economy, the answer is very simple:

As I write this we have more than $1.2 trillion of student loan debt. About 10 million federal students loans are taken out annually. And then there are the insanely dangerous private student loans on top of that staggering number.

And while 6.7 million borrowers in repayment mode are delinquent, the sad fact is that many lenders aren’t exactly incentivized to work with borrowers. Unlike all other forms of debt, student loans can’t be discharged in bankruptcy. Moreover, lenders can garnish wages (and even Social Security benefits) to get repaid. A new report by the Consumer Finance Protection Bureau details just how bad the situation is for private loan borrowers.

And it’s not just private student loans that are the problem. Do you know that between 2007 and 2012 the government made $66 billion dollars in profit on federal student loans? We can all debate how our government should generate revenue to support federal spending programs, but doing it on the backs of young adults who need an education to compete in the increasingly competitive global workforce is just appalling.

Even if you don’t have student loans, or know someone who does, you better believe this huge debt load is impacting your financial well being. When students of the greatest nation on earth are buried with student loans their ability to buy a home, to have disposable income, to be a vital participant of the economy is greatly reduced.

A new snapshot of consumer debt released by TransUnion shows just what is going on. Total student loan debt has grown more than 150% since 2005. Inflation to blame? No. Overall prices rose just 22% or so between 2005-2014. The culprit here is more loans being taken out, and more borrowers getting hit with fees and penalties.

According to TransUnion, in 2005 student loans accounted for less than 13% of the total debt load for adults age 20-29. Today, student loans account for nearly 37% of that age group’s outstanding debt. Student loan debt’s slice of the total debt pie for 20-29 year olds nearly tripled! The average loan balance for that age group is now more than $25,500, up from $15,900 in 2005. Again, that is way more than inflation.

Could? The TransUnion data shows the impact is clearly being felt already. You better believe that the debt load carried by millennials has a serious impact on your finances. Nearly 70% of our economy comes from consumer spending, yet there’s a significant demographic that has a very limited ability to consume. Weak demand mutes economic growth, which we can all agree is not ideal.

While the private student loan industry is the baddest of the bad actors (just read the latest CFPB report), even the much fairer federal loan program is not without its serious warts. The sizable profit margin is in part fueled by too high interest rates. The interest rate on Federal undergraduate loans this year is 4.66%. For graduate students the rate is 6.2%. For parents borrowing through the PLUS program the rate is 7.2%. That’s just for this year; rates are now tied to the 10-year Treasury note rate, which will likely mean higher student loan rates in the coming years simply because we’re still hovering near historic lows.

The 4.66% for an undergraduate Stafford loan is at a time when qualified borrowers can get a 30-year fixed rate mortgages for around 4.3% for much of the year. If banks can make plenty of money lending out at less than the rate on a federal student loan—for 30 years-it is troubling that student and their families are charged more for shorter-term debt. And don’t tell me that extra rate cushion is to pay for the risk of student loans that are essentially handed out without any qualifying standards. (PLUS borrowers just have to be current on debt payments and not filed for bankruptcy recently.) Homeowners can default on a mortgage and have it discharged in bankruptcy. As I mentioned earlier, student loan debt is not dischargeable in bankruptcy. That’s pretty low risk.

Senator Elizabeth Warren has introduced legislation that would allow student loan borrowers to refinance their loans at rates below 4% for undergrads and under 7% for PLUS loans; essentially rolling back rates to where they were before this academic year, when Congress instituted its new higher-rate regime and eliminated a lower subsidized rate on Staffords entirely.. That’s not a break for student loan borrowers. It’s fair and equitable, and could help ease an economic headwind that impacts all of us. Yet the bill has to date met strong Republican resistance. 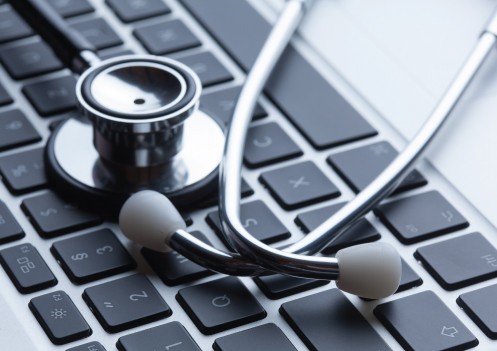 Special Chance to Get Health Insurance - Until May 15th