U.S. Army officials hope to capture the attention of soldiers on financial health issues through a new partnership with money expert and TV personality Suze Orman.

Orman, whose financial advice TV show, "The Suze Orman Show," aired on MSNBC from 2002 to 2015, said she is donating her services to the active-duty Army after a similar partnership with the Army Reserve. The financial advice offered through official military sources can be dry and boring, she said, and she wants to help the military add "humanity" to financial education.

"For some reason, when you start to get very formal with it, people just shut off," she said Wednesday during a press conference at the Pentagon. "So the main thing I'm going to be bringing to them is a humanity to money, and how every one of them can obtain their dreams."

Although Orman's partnership is officially with the Army, all service members can access the program, which will be primarily provided through her web course on SuzeU.com using the coupon code "USA." The program, which typically costs $54, is free for troops using the code.

Orman said she is providing all of her services to the military pro bono.

"This is not a financial partnership where I'm getting paid, [where] they pay my travel. All of this really is on me," she said.

Orman said she does not know when or if she'll visit military bases to host financial seminars. If she does offer in-person events for military members, they will likely focus on a question-and-answer format rather than a set curriculum, she said.

"That's the human connection we're trying to do here," Patrick Murphy, an undersecretary for the Army, said at the announcement. "We want to make sure they get the best advice possible."

A measure included in the 2016 National Defense Authorization Act requires the military services to expand their financial readiness education programs in conjunction with the roll-out of the new blended retirement system.

Under that retirement system, service members who join after Jan. 1, 2018, will be automatically enrolled in the Pentagon's Thrift Savings Plan and offered a Defense Department-match for contributions, much like a traditional employer 401(k) plan.

Some currently serving troops will be able to opt into the new system, or they can stay with the traditional military retirement pension plan, which typically requires 20 years of service to receive.

Officials announced last year at the annual meeting of the Association of the United States Army a decision to roll out their own web-based financial education program. Other organizations, such as the non-profit USAA Educational Foundation, have also developed online tools to provide financial education specific to the new retirement system.

"Congress made a point to say that the financial literacy of service members is not where it should be," Lt. Col. Steven Hanson, who heads the Army's compensation and entitlements office, said at the October meeting. "We owe it to them to provide the tools, skills and knowledge that they need to make an informed decision." 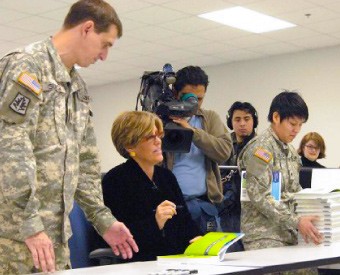 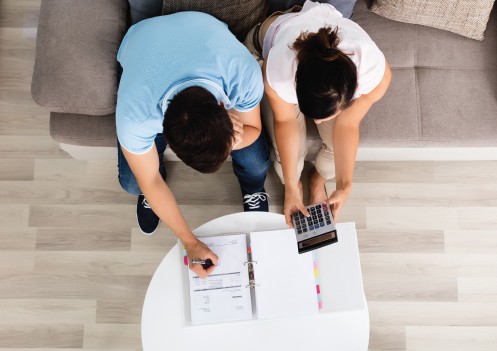