Long-Term Care Planning--One Size Does Not Fit All

Shopping for long-term care insurance today is starting to feel like walking into the biggest shoe store you have ever seen and figuring out where to start.

For example, a 2017 LTC insurance survey reports that the number of life insurance policies with long-term care benefits is now more than twice the number of traditional stand-alone policies sold. That disturbs me somewhat because I know that many are sold by focusing on the benefit account and death benefit, rather than on how much the policy will pay out per day or month at claim time. They are popular because some people want to leave money to their heirs if they never need care. In some cases, I know this is simply denial about needing LTC. Think about it. How many people do you know whose house has burned to the ground? How many who have totaled their car in an automobile accident? Now think about how many people you know who are having or have had extended health care at home or in a facility for longer than three months? Case closed.

Of the traditional, standalone long-term care insurance policies, only two are left that do not gender-rate nationally, plus New York Life in California and Hawaii. This means women don’t have to pay a lot more than men. Most companies have transitioned to gender-rating because women make up two-thirds of the claims and let’s face it. We live longer and are more apt to have a claim.

Mass Mutual is the only plan for which anyone can apply nationally that isn’t gender-rated. The Federal Long-Term Care Insurance Program (FLTCIP) is not gender-rated, but you have to have a civilian, military or postal connection to apply. Country Financial and Mass Mutual are the only major companies that have never had a rate increase on existing policyholders.


I turned to Phyllis Shelton, my go-to person for long-term care insurance, and asked her for a recent example of how she uses the current policies to help people plan for LTC. She said, “Suze, many people come to me for help with long-term care planning with many different needs that require out-of-the-box thinking,” and she gave me this example.

Elise is a single 50-year-old woman who lives in a high-cost area. The current cost for a really nice assisted living facility is $5,800, which will grow to $25,000 a month at 5% compound. She doesn’t have a family history of Alzheimer’s, so she is fine with a three-year benefit period. She was not fine with the annual premium of $4,303. She liked the idea of leaving money to a beneficiary if she doesn’t ever need long-term care. Designing a life/ltc policy to provide that high level of coverage was also expensive.

So why not combine both solutions? She went with a Mass Mutual $160 daily benefit that will provide her with almost $400/day ($12,000 a month) and a benefit account of $425,000 in 30 years. We added Restoration of Benefits since she is so young, so her benefits will be restored if she has a claim and recovers. This plan only cost her $2,086 in annual premium.

Her beneficiary will receive the excess death benefit above the cash value that she takes out for her LTC, and the premiums will remain level at $4,000 a year for her life. To make sure this works, the life/ltc policy has an overloan protection benefit that won’t allow her to take out too much cash value and terminate the policy. It also has a death benefit protection feature.

That gives her a total premium of $6,086. Yes, it’s more than the premium for a traditional LTC insurance policy, but she feels better about it because she will build value she can pass on to a beneficiary if she doesn’t use the North American insurance policy for her LTC. While that is building, she has the Mass Mutual policy with the coverage she needs If she has a younger claim.

But wait, Phyllis said, there’s more good news! As a business owner with an LLC, she can deduct $1,530 of the Mass Mutual premium in 2017. This is the amount for a 51-year-old this year, since she turns 51 on December 3rd. So whatever tax she would pay on $1,530 becomes a discount on her traditional LTC insurance premium of $2,086. This tax incentive increases each January. Soon she will be able to deduct the entire Mass Mutual premium as part of her self-employed health insurance deduction.

To get this kind of “boutique” long-term care planning, all you have to do is complete Phyllis’ short LTCi Questionnaire and she can help you understand your options. 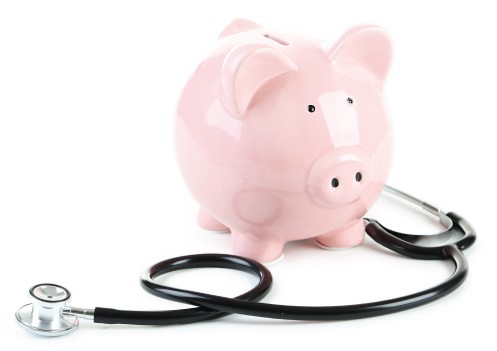 Don’t Let Headlines Scare You Out of Saving

Ask Suze (and KT) Anything