The New Rules for Medical Debt on Your Credit Report

I recently wrote to you about the very good news that consumers no longer have to worry about "surprise" medical bills for unavoidable out-of-network medical care.

But that doesn't mean medical care has become affordable. There are still deductibles and copays to deal with.

The Consumer Finance Protection Bureau (CFPB) just issued a new report that estimates that there was at least $88 billion in unpaid medical bills in 2021. Unpaid medical debt can pull down credit scores once it shows up on a credit report as having been sent to a debt collection agency. Which is a big problem. The CFPB estimates that more than half the debt reported as being in collections on credit reports is medical debt.

The CFPB said "enough". Noting that struggling with an unexpected (and involuntary) large out-of-pocket medical cost is not a window into someone's credit-worthiness, the CFPB has effectively nudged the three main credit bureaus--Equifax, Experian and Transunion--to revamp how they treat medical debt.

The new rules will protect many households going forward, but there's also a big change that will help households with an old medical debt ding on their credit reports despite having eventually settled the bill.

Here's the good news on medical debt and your credit report.

The current rule is that once an unpaid medical bill is sent to a collection agency, the consumer still has another 180 days before it shows up as a negative mark on their credit report.

Beginning July 1, that grace period will be extended to one year. That's a bit of breathing room to hash things out with your insurer, or work out a payment schedule with the care provider, or look for savings opportunities elsewhere in your household spending so you can get the bill paid off.

Beginning sometime in the first half of 2023, the credit bureaus will stop reporting small unpaid bills that have been sent to collections.

While I think we can all agree a medical system that doesn't impose crushing bills on households would be the best fix, we're all stuck navigating the system we have. This change in how medical debt will impact credit scores doesn't address the insane cost of care, but it will at least eliminate the credit score impact for many households.

The CFPB report highlighted that most medical debt in collections was for less than $500. As I just shared, those "small" bills will no longer show up on credit reports starting in early 2023. But at the same time, I know it is no one's desire to have an unpaid bill, regardless of whether it hurts one's credit or not. And that's where your emergency savings fund can make all the difference in covering medical bills of less than $500 or so. 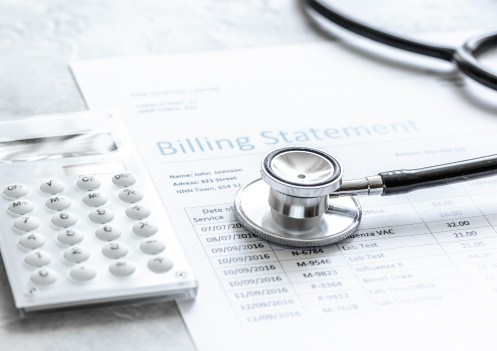