Your Credit Card is Hurting You

More than 1 in 4 Americans surveyed in October said they had applied for a new credit card in the last 12 months.

Yikes. That has me very worried.

The big spike (a year earlier the same survey found that new applications were up less than 16%) is no doubt a function of credit card issuers looking to make up for lost time when they slowed credit card offers during the pandemic recession.

Just because a new credit card offer may be dangled in front of you, I sure hope you will first ask yourself a few questions.

I want everyone to have at least one credit card to help build a solid credit score. The goal is to use that card for a few expenses each month that you know you can pay in full. That’s it. So if you already have that card and maybe a backup card, why are you interested in another card?

If you want a new card for “wants” you are so denied, my friend! I respect that some of you may want a credit card because you are worried about covering the cost of needs. That is very different.

A lot of credit card offers pony-up sweet deals to get you interested, such as no annual charge, or a super low-interest rate for the first year. But what happens after the first year? The card issuer is banking on you sticking around (which you will if you have an unpaid balance). Then after the first year, they often will start charging an annual fee, and the interest rate on your balance will skyrocket to 15%, 20%, or more. Check the fine print to see what happens after the initial honeymoon. Can you afford it?

Though a credit card record is a vital part of building your credit score, as I mentioned earlier, the goal should be to use it as sparingly as possible. Using cash or a debit card is my preferred way to cover the majority of your everyday spending. When you know your spending will be limited to the cash you have in your wallet or in your checking account, you will likely curtail unnecessary spending. A debit card sort of operates like a guardrail that keeps you from overspending. And overspending is likely just what many of you will do with a new credit card. 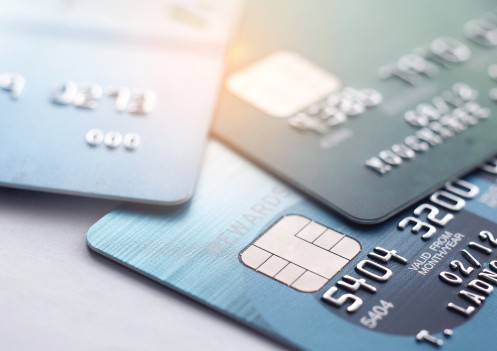